According to EU OPS 1.1020, points (a) & (b) - an operator shall ensure that each cabin crew member who has been absent from all flying duties for more than 6 months and still remains within the period of the previous check required by OPS 1.1025(b)3 completes refresher training specified in the Operations Manual as prescribed in Appendix 1 to OPS 1.1020.

1. completes refresher training on the type; or 2. operates two re-familiarisation sectors during commercial operations on the type.

To make this feature work properly, first activate it in the filter of the section Crew > Duties 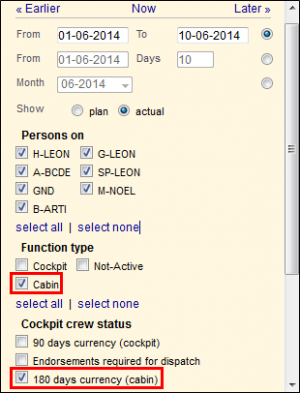 If there is at least 1 flight added to Leon (for a particular acft type) with a cabin crew member assigned (Journey Log is mandatory) - the system will update the status of 180 days currency, so when you hover the mouse over the status-dot, the information appears in the pop-up window.

The dot-colour changes according to the number of days left to expire. 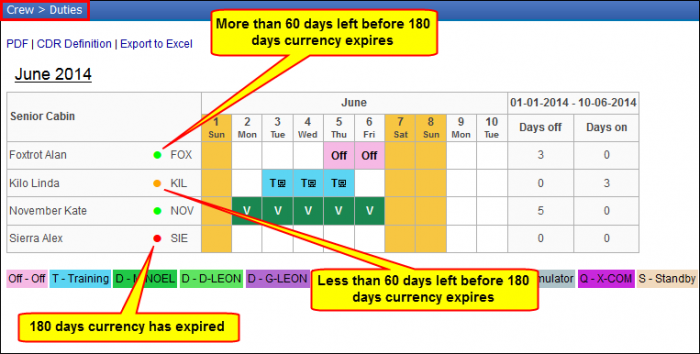 Leon will also update the status, if a cabin crew member has a duty assigned on the aircraft in the section Crew > Duties (see examples below). 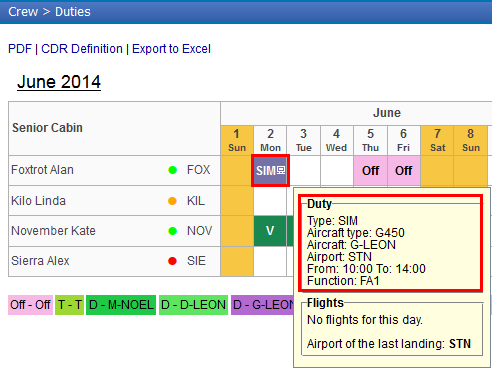 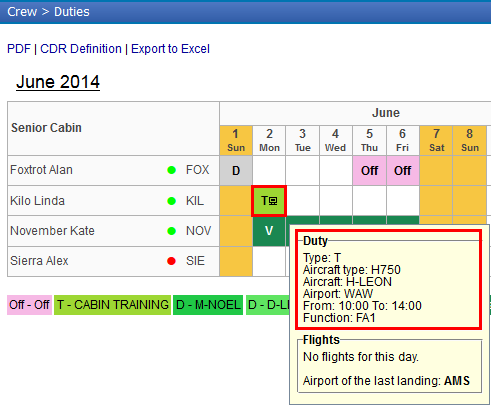