A new status was added in the checklist '-' 'Untouched' - when adding a new flight, all statuses in 'Legs Info' section will be set as

by default (instead of

The main advantage of this implementation is that you are able now to distinguish between untouched status and the status, that was turned to

after some significant change was done on the flight, such as i.e.: schedule times change or crew change (see the situation described below).

1. A new flight has been added to Leon (all statuses are untouched) 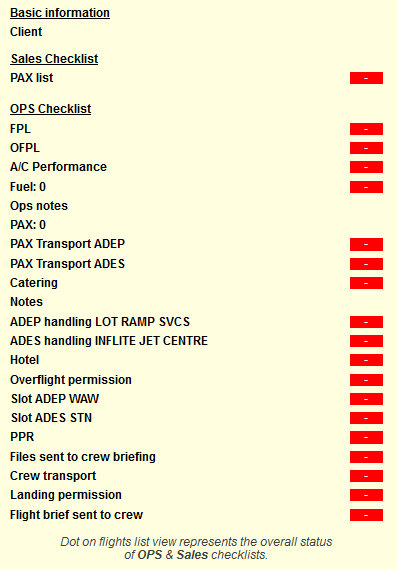 2. Some statuses have been confirmed or requested, some are not applicable or left untouched 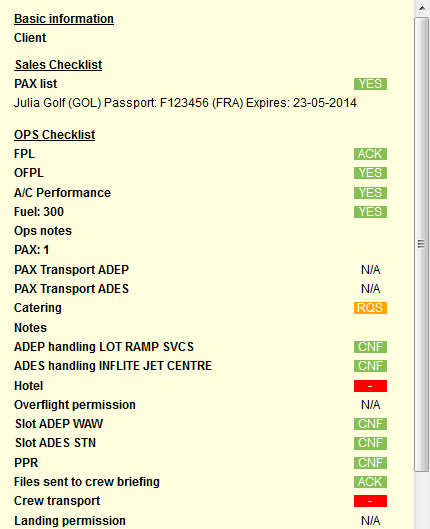 3. Schedule times have been changed - handling & slots statuses have automatically got changed to 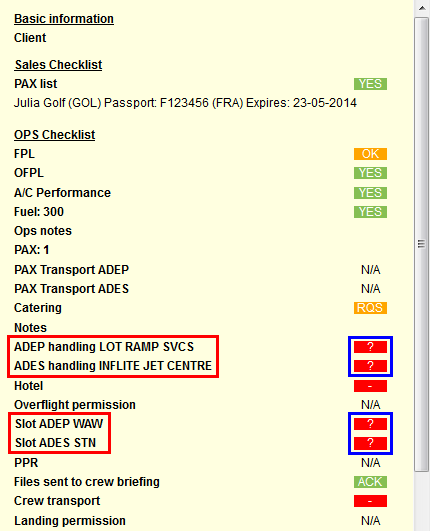